Welcome to Still Water Hollow Chapel, originally built in 1899. This little white chapel was originally located at the corner of McMillan and Cloverdale when they were just two dirt roads surrounded by nothing but sage brush. Even though that’s only 12.6 miles East of here, this historic gem has had quite a journey over its 113 year history. Two acres of land for the chapel’s first home was donated by Sen. John McMillan. The Methodist Episcopal Church South paid for construction of this house of worship. Various denominations gathered inside until the early 1950s.

In 1953, Albert and Hazel DeMeyer purchased the land and the church.

The little white chapel held special memories for them, according to an article published in the Idaho Statesman in 1975. The DeMeyers had their first date in the church in 1916 after Albert dared Hazel to go to the church with him. Despite the memories, the DeMeyer’s mostly used the chapel for storage until they gave it to a non-profit group in 1993. That’s when the chapel was moved to Farmer Brown’s, a farm on the corner of Hwy 20-26 and Star Road.The chapel remained unused for most of that time but caught the attention of Lewis and Anne McKellip, Canyon County mint farmers and collectors of antiques and century old buildings.

The McKellips bought the chapel in 2004 and moved it to its current location on Dean Lane.

Anne and Lewis, or Lewie as he was known, spent a year restoring the chapel. They refurbished the wood siding, completely rebuilt and refinished the original wood floor and added stained glass windows. A finishing touch was adding a 240 pound bell they had purchased from a former college in New Windsor Maryland 50 years earlier. That bell is now a popular feature as it rings out good news from the chapel bell tower. The McKellips also had a home for their 1892 pedal organ. It still graces a corner of the chapel. Sadly, shortly after completing the work on the chapel and nearby Lucky Lew’s Gold Mine and village, Lewie passed away.

Before Lewie died however, The quaint chapel and surrounding property gained quite a reputation among friends and family. Numerous weddings were held inside the chapel and couples frequently asked to use the setting for special occasions. After Lewie died, however, it became hard to host big events at what was known as McKellip Ponds. But in 2008, a young man who had grown up just a mile away, asked Anne McKellip if he could propose to Brianne Bower at the chapel. She agreed and on Jan 5, 2008, the bell rang out the good news that Brianne said – yes! In the meantime, Anne McKellip had put the property on the market. Brianne and Tyler started praying and dreaming about one day carrying on the McKellip’s vision for this very special place.

Their prayers were answered and dreams started coming true in the fall of 2011.

Brianne and Tyler Gray, along with their three children were the owners and caretakers of this very special and historic chapel. The word has spread and many couples have made their vows either inside the chapel or with it’s charming presence in the background. 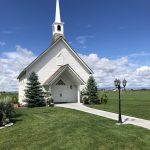 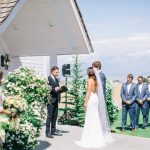 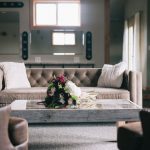 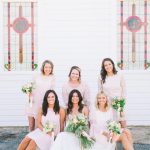 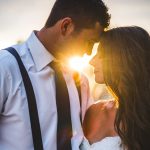 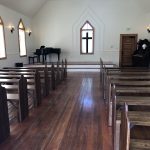 Brianne and Tyler decided they need to focus on their ever-growing family. The Martin Family purchased Still Water Hollow, committed to maintaining the serenity and quality of the facility, keeping the staff that has made it what it is today. 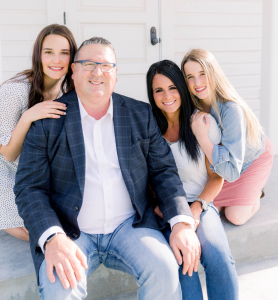 Our Family or
Country Village
Read More About The Chapel 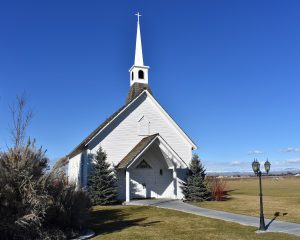 MacMillan Chapel, also known as Little White Chapel, near Nampa, Idaho, is a 1-story Carpenter Gothic church building constructed in 1899 near the corner of West MacMillan and North Cloverdale Roads in Ada County. John MacMillan had donated property for the Methodist Episcopal Church South, and congregation member Will Casey helped in the construction. The chapel was added to the National Register of Historic Places (NRHP) in 1984.[2]

Albert and Hazel DeMeyer were married in the church in 1916, and they purchased both the building and the MacMillan farm in 1953.[3] The DeMeyers donated the chapel to a nonprofit group in 1993, after the building was listed on the NRHP, and the chapel was moved to the corner of Hwy 20/26 and Star Road. Lewis and Anne McKellip purchased the building in 2004 and moved it to its present location at 18121 Dean Lane in Canyon County, near Nampa.[4] The chapel is now part of the Still Water Hollow event venue.